not only due to being ecological

It is not only due to the fact that it is probably the most ecological option for sealing consignments. It has other great advantages, too.

Probably the greatest impulse was the choice of Amazon, which has introduced a paper tape as a standard. Other large chain-stores such as Lidl or DM followed. 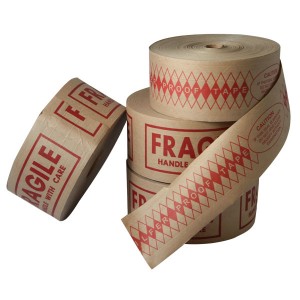 Our adhesive tape decoilers and other accessories